As part of Thrill-N-Chills month, Velvet has posted an excerpt from Old School. Head on over and take a taste of Play Time by R. Scott McCoy. You’ll be glad you did.

And don’t forget to enter the vvb32 reads Old School Giveaway for an ebook copy of Old School! Contest close September 10. Get those entries in. 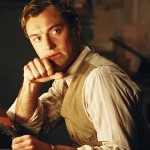