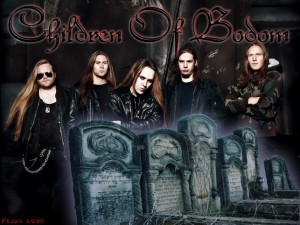 Old School is now available from Belfire Press. Many thanks go out to Jodi Lee for taking the collection on, and to Greg Hall and R. Scott McCoy, the masterminds behind Old School, who were kind enough to include me in this project. Details below. Click on the book cover to grab a copy now.

Old School, a traditional horror collection born of seven twisted minds, invites you back to a time when vampires and werewolves were monsters who made humans quiver in terror. Fourteen short tales offered by David Dunwoody, Jackie Gamber, R. Scott McCoy,Natalie L. Sin, Horace James, Gregory L. Hall, and Louise Bohmer, all tied together by selected poems from Zombie Zak – Old School reminds one of terrors best not forgotten.

Within these pages, evil children terrorize, witches gather the teeth of the young, cosmic blobs eat the world, while creepy crawlies ruin a man’s life and a headless ghost seeks revenge. Wander down this spooky path with poems and stories that revive our nightmares about golems, harpies, and other forgotten creatures.

And who better to introduce the collection than our own master of the occult mysteries – Bob Freeman.

Visit the Old School page to read an excerpt from David Dunwoody’s The Missionary.

I’m pleased to be a part of this creepy and fun anthology, with my contribution of headless specters . The Legend of Pierson Point, 1979 is my attempt at a modern twist on The Legend of Sleepy Hollow. Instead of a Hessian after a hapless school teacher, the story is told of a teenager who, on her first night of legal driving, gets into a lethal accident with one of her teachers. Teresa doesn’t hit the brakes fast enough, as Mr. Harrison comes screaming up the treacherous Pierson Point. Somewhere in the background, Deep Purple blares.

When Tylwyth Teg Walk Among Us takes you on a trip to 1800s England, near Glastonbury Tor, where we meet two spiritualist shysters about to embark on the heist of all heists, when they seek to smuggle the head of a Fair Folk out of the ancient rath. Perplexed sheep and a curmudgeonly but lovable old gran are included.

More Reviews for The Black Act

I’d also like to extend a big ‘thank you’ to Ben Eads and Kate Jonez for their recent reviews of my novel. Here’s a look at what they thought of The Black Act.

“The Black Act is epic in scope. Bohmer digs deep and immerses us into a world that is fantastical, yet tangible. The use of allegory in history is done very well and is put to good use. The people we come to know along the way are just as human as we are. What truly makes this a gem—aside from creating an entirely believable and fantastical world, unique and rich—is Bohmer’s powerful voice and delivery. All of this coalesces into a tale that haunts you long after finishing it. The Black Act heralds the presence of a formidable story-teller.”

Check out the full review here.

A snippet of what Kate had to say:

” The characters are well-drawn and we sympathize with them as their loyalties are torn between two worlds. Because the story spans such a great deal of time and introduces so many characters from different generations I did at times forget the genealogy, but the threat to the characters was always high. Often the effects of the curse were gruesomely described. I would recommend The Black Act to readers who enjoy epic fantasy. I’m looking forward to the next book from this author.”

Check out the full review on Goodreads.

“Insomnia is the other shared theme in this anthology, and the disturbing dreams and imaginations of the writers holding influence on the real world. Hence the title “Courting Morpheus”. It’s a cool concept and varied widely by the stories Jodi Lee has selected for the book. There’s some atmospheric stuff with Jeff Parrish’s “Like Father, Like Daughter”, some more eccentric style with Ann Tupek’s “Aldevouring Chesterfield”, and some stomach-turning horror with Brandon Layng’s “Can of Worms.” There’s definitely something for everyone.”

Much thanks to Velvet at vvb32 reads for giving TT3 4 out of 5 stars. Glad you enjoyed it, Velvet! You can check out the full review here. Grab a copy of TT3 by clicking on the book cover.

Death In Common is now available from Needfire Press. My poem Rebecca’s Game is included. Here’s some information on this poetry collection to refresh your memory. Click the cover above to grab your copy now.

Serial killer Charles Lee Eaton left behind a lot of victims in Monmouthside. Each of the victims had wadded up sheets of paper stuffed into their mouths. These contained writing, but the similarities end there. Each had a different set of handwriting, some were typed, and others printed out. Some were written in the first person, while others seemed to tell stories about other people. Unlikely evidence, from unlikely victims.

I also want to thank everyone who entered The Black Act Choose Your Own Character contest for their great reviews. I didn’t get a ton of entries, but every one made me smile. The winner of the contest was KV Taylor, and you should go pay Ms. Taylor a visit (because she’s a talented writer). Much appreciation extended to Rick Friedman, Gef Fox, and KV for their reviews and support. You rock!

“The Black Act offers a solid debut effort from an author with an inarguable passion and deft talent at making fairy tales more tangible than what I’m used to. And I think it speaks to the potential of her future work when the biggest gripe I have about the book is the choice of font–Courier was an odd choice for a dark fantasy. If you’re into reading fantasies with a darker bent than most, you might want to consider this one.” –Gef Fox, writer/reviewer

“THE BLACK ACT is one of those rare books that transports the reader- mind and body- into a world like no other. Populated by a list of characters so unique and original, peppered with folklore and rivalry and a plot that is quite simply addicting…”
–Rick Friedman, James Mason Classic British Book Club

“It’s one of those books that gives the intensity and long-term involvement of a family epic, but does the unthinkable: it combines it with a kind of intimacy and immediacy that grabbed me by the throat. It starts with several stories at different times and braids them together so deftly, and with such satisfying results, that I just kept turning the pages to see what the hell was going to happen next. All this in a richly created, but very manageable world that any love of the fae, Celtic legends, and/or magic of any kind will fully appreciate.”
–K.V. Taylor, Spec Fic Author