Archive for the ‘guest authors’ Category

Finally found my log in info for the site! So, without further ado, here is my review for Ben Eads’ Cracked Sky.

Cracked Sky is Ben Eads debut novel, and it’s a work he should be proud of writing. It tells the story of Stephen and Shelley Morrison–a couple dealing with the painful loss of their daughter. Ben doesn’t sugar coat their suffering either. He shows it in raw, emotional detail. Cracked Sky is a powerful read because Eads takes you on a rollercoaster of feeling, from terror, to sadness, to anger, and more. There are hints of a Stephen King influence peppered through this book. Ben’s antagonist evokes dread similar to what I experienced when I first met Pennywise, and his otherworld is eerie, chilling, yet beautiful. I highly recommend you check out Cracked Sky. You’ll be doing yourself a favor.

Pick it up at Amazon: http://www.amazon.com/Cracked-Sky-Ben-Eads-ebook/dp/B00QD89JK0

It’s about time I got my butt over here to announce the special guest author for The Black Act: Witch Twins Saga Companion. This will be a free guide to the world, people, and faeries found within my dark fantasy novel. I’m very pleased to tell you the guest author will be Kate Jonez. Kate has written a fabulous essay called When Approaching the Fair Folk, and I know you’re going to love it.

This guide will also feature a glossary of terms, suggested fae reading, some creative commons fae pics, a The Black Act playlist, and some other goodies. I’m a bit behind in putting the guide together, and getting the paperback edition of The Black Act: Witch Twins Saga out, but I hope to have the companion released by end of June or July, and the paperback will be out soon. You can still pick up the ebook for 99 cents! Grab it quickly, because I’ll be raising the price to 2.99 soon.

Kate is a student of all things scary and when she isn’t writing she loves to collect objects for her cabinet of curiosities, research obscure and strange historical figures and photograph weirdness in Southern California where she lives with a very nice man and a little dog who is also very nice but could behave a little bit better.

Kate’s books can be found on Amazon and Barnes & Noble. You can also add her books to your tbr list over at Goodreads. And don’t forget to pay Omnium Gatherum a visit and check out all the great titles there as well.

Huge thanks going out to Kate for the essay! I can’t wait to share it with you as a part of The Black Act: Witch Twins Saga Companion. Watch for a cover reveal coming soon as well.

I also had the pleasure of being a part of Detritus, a collection of stories about the impulse to collect, preserve, and display gone horribly wrong, which was released by Omnium Gatherum. So be sure to check that out as well.

In honor of Women in Horror Recognition Month and to spread the word about a wonderful book, I’d like to welcome Carole Lanham to the forest today as she stops by on her The Reading Lessons Blog Tour. Carole sent me a copy of her first novel and it was a pleasure to read. Here’s some more info on the title and Carole, buy links, and my review below.

About the Book: Mississippi 1920: Nine year old servant, Hadley Crump, finds himself drawn into a secret world when he is invited to join wealthy Lucinda Browning’s dirty book club. No one suspects that the bi-racial son of the cook is anything more to Lucinda than a charitable obligation, but behind closed doors, O! she doth teach the torches to burn bright. What begins as a breathless investigation into the more juicy parts of literature quickly becomes a consuming and life-long habit for two people who would not otherwise be left alone together. As lynchings erupt across the South and the serving staff is slowly cut to make way for new mechanical household conveniences, Hadley begins to understand how dangerous and precarious his situation is.

The Reading Lessons follows the lives of two people born into a world that is unforgiving as a Hangman’s knot. Divided by skin color and joined by books, Hadley and Lucinda are forced to come together in the only place that will allow it, a land of printed words and dark secrets.

My review: Carole Lanham’s The Reading Lessons is a seamless blend of historical literary fiction and romance. She pulls you in with the opening sentence and the narrative never lets go. It’s impossible not to feel for Hadley Crump, a biracial boy living in Mississippi in the 1920s, who falls in love with the daughter of the white man his mother works for. Lucinda has a hot temper and manipulates Hadley to keep him in her life, but, though she denies it, it’s obvious from her more tender moments she loves Crump. The story is a bittersweet, honest portrayal of forbidden love in a time when interracial marriage could literally mean death. I fell in love with the characters and raged at Lucinda right along with Hadley when she pulled his strings, but was touched by her gentleness and devotion to him, too. You won’t forget this book. It will stay with you long after you’ve read the final page. I’m not too proud to admit the conclusion made me tear up.

From Mama’s superstitions, to Hadley’s struggle to desperately break Lucinda’s hold on him, to Dickie Worther’s dissatisfaction with a life he was born into, these characters are vibrant, realistically written, and they come alive on the page. The Reading Lessons is a deftly crafted tale of how society’s social mores often hold us back, how social classes divide us, and how when that’s briefly stripped away in secret meetings, two people can have a taste of what they truly want. I highly recommend this book!

You can pick up a copy of The Reading Lessons at:
Amazon.com
Amazon.co.uk
Amazon.ca
Nook
Kobo 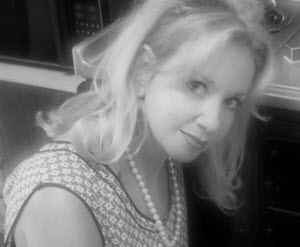 About Carole: Carole Lanham is the author of twenty-four short stories and three books, The Whisper Jar (Morrigan Books, Oct 2011), Cleopatra’s Needle (Black Daisy Press, coming in 2014), and The Reading Lessons (Immortal Ink Publishing, Jan 2014). Her work has twice appeared on the preliminary ballot for a Bram Stoker award, she was short listed for The Million Writers Prize, and she has won two national writing contests.

Pulitzer Prize nominated author Thomas Sullivan has said of her work: “You will find enchantment, disturbing undertones, wry humor, romantic eroticism, intrigue, suspense, and sheer escapism in all of Lanham’s work. Aberrations abound, but they are told with such convincing nonchalance that you simply have to believe them. You fall in love with the characters, and your hopes rise for their quests to succeed even as they descend into consensual madness or impossible dreams or a struggle to survive. Whether they survive and how they survive if they do…well, that’s as unpredictable as a coin flip.”

Pay Carole a visit at:

UPDATE: Hey, folks, would you like to win a Kindle copy of The Reading Lessons? First three people to comment on this blog post will receive an ebook from Carole!